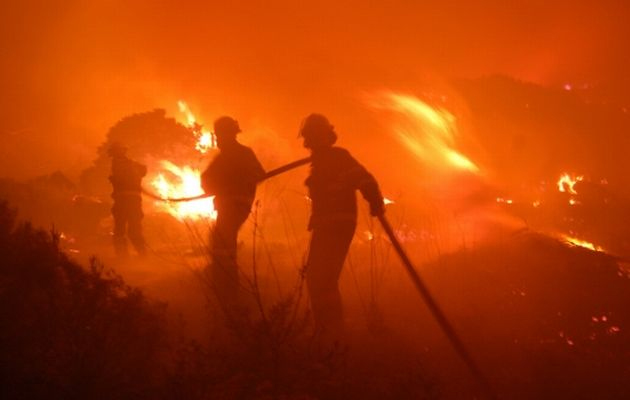 Global Warming has been blamed for gale force winds the fanned fires that have devastated the picturesque Garden Route.

Five people died in the blaze that continues to burn.  Hundreds of properties have been lost.  Among them Knysna Hollow and Knysna Heights Villa.
Fire fighters rely on the use of aircraft to water bomb fires.  Unusually strong winds grounded their operation.
The wind has dropped and the fires are now under control.
Into Africa has re-routed affected travelers and made alternate plans.