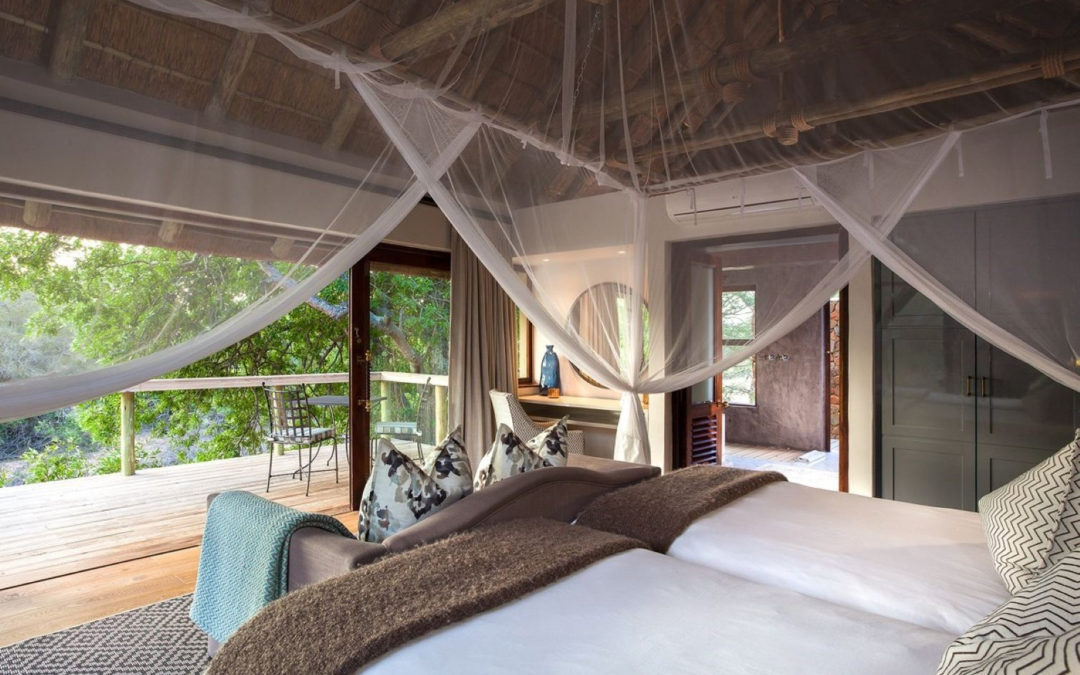 The Greater Kruger National Park is one of the top destinations worldwide for wildlife lovers and anyone wanting to experience a true and authentic African safari.

What makes Kruger so special? Besides being the oldest National Park in South Africa, it comprises of more than two million hectares of pristine wilderness (the same size as some countries in Europe), also making it the largest park in the country. This mega reserve is home to hundreds of thousands of animals amongst which are the famous Big Five: elephants, buffalos, rhinos, lions and the elusive leopards. All these animals roam freely in their element making them all that more incredible to spot.

When searching for safari accommodation, the infrastructure, facilities and style are all aspects that need to be considered when making your choice. Location can also be a key factor when it comes to accessibility, animal sightings as well as privacy during game drives. The lodges located in their own private reserves such as Thornybush, Manyeleti and Sabi Sands, all world renowned non-fenced reserves bordering Kruger, offer more exclusivity when it comes to this also allowing their guests to experience the wild at a more calmer pace not being stuck in traffic around the animals which often occurs in Kruger’s public roads. A strict policy regarding the maximum amount of game vehicles allowed around a sight is in place to ensure that this does not interfere with the animal’s natural behavior and also to allow guests to have close encounters wherever possible.

In April 2017, Into Africa hosted a Top Executive VIP Group from a very important Airline in South America. The trip was organized with the purpose of showcasing the best South Africa has to offer and a big part of this experience was their stay at in a Safari Lodge. Thornybush Game Lodge was the property chosen for this group due it’s exquisite style and perfect combination between luxury and nature. This beautiful lodge was the perfect place for an unforgettable two nights stay. It offers easy accessibility via air charters with its own airstrip just a couple of minutes away from the main lodge allowing guests to maximize the time spent and enjoy the experience fully.

Guest not only enjoyed the hospitality, delicious food and large beautifully decorated rooms of Thornybush Game Lodge but also the amazing safaris in the Thornybush Game Reserve. They were able to spot four of the Big Five in just four game drives leaving only the leopard to be missed. This was reason enough for some members of the group to plan their next trip to South Africa to be able to say that they have seen all of the Big 5 animals in the wild! This time they will be accompanied by family as many found that this country is also a great family destination. 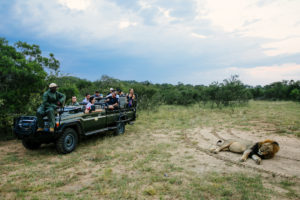